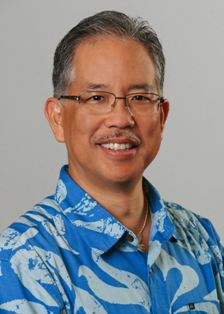 DEREK R. KOBAYASHI, a Member of the firm, advises clients in litigation matters. While his present focus is litigation, he also has experience in real estate, business law and estate planning.

Derek Kobayashi was recently selected by his peers for inclusion in The Best Lawyers in America 2022 in the practice areas of Commercial Litigation, Litigation - Real Estate, and Litigation - Trust and Estates.  Mr. Kobayashi was trained as a mediator while attending the University of Hawaii. He serves as a Lecturer-In-Law at the William S. Richardson School of Law, teaching Pretrial Litigation. He enjoys community and pro bono work and in 2010 received the Pro Bono Achievement Award from the Legal Aid Society of Hawaii and in 1999 received the Hawaii State Bar Association's Ki`e Ki`e Award, given biennially for outstanding pro bono service. In his spare time, he enjoys time with his family, shoreline and deep sea fishing, competitive volleyball, snowboarding and public speaking.

Mediator, Mediation Center of the Pacific

Presenter, 2014 ABA/NLADA Equal Justice Conference, Creating a Self Help Center on the Cheap (May 2014 - Portland, Oregon)

Kobayashi, Derek R. and Camp, Kelly M. "Feature: Tips for Filing: Civil Documents in Compliance with Recent Amendments To The Hawai'i Rules of Civil Procedure and Rules of the Circuit Court of the State of Hawai'i,"  Hawaii Bar Journal, August 2012.